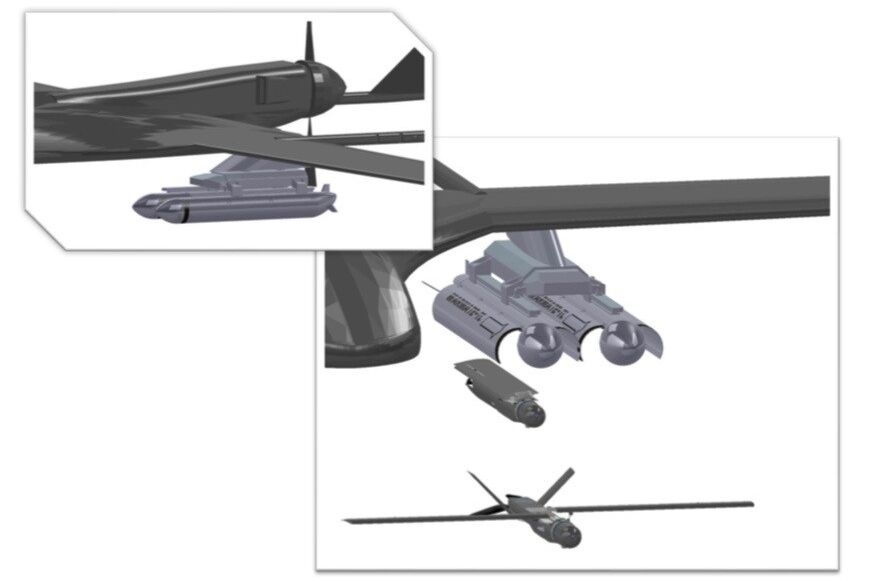 Warmate is a type of loitering munitions developed by the WB Group – not only as a standalone solution, but also as armament that could be used by various types of land, naval, and air platforms. To accomplish this, WB developed the Warmate TL variant. It has been fitted with a warhead and guidance unit identical to the standard, portable system. However, it also features folding wings, and a special-purpose multiple-use pod is used for launch. Almost immediate launch is possible when the launch container is placed on a vehicle or an aircraft.
Currently work is underway to tailor a container-launched variant for testing in a role of a weapons system for the Black Hawk multi-role helicopter. This is the reason for the joint presentation of the launcher, Warmate TL system, and Sikorsky S-70i Black Hawk, during this year’s edition of the MSPO exhibition in Kielce. The presentation took place at the PZL Mielec stand.
One of the launch container design proposals was presented – for UAVs and fixed-wing aircraft. Due to the speed at which the carrier platform travels, sufficient to produce enough lift for taking off, Warmate TL is dropped like a gliding bomb, from a special-purpose, streamlined pod. After Warmate leaves the launch container, the wings are deployed. Warmate can then continue its flight – with greatly extended range, and diminished risk for the carrier platform to be destroyed. This turns Warmate into a stand-off weapon. Interestingly, the WB Group’s representatives only claim that the UAV on the images presenting the concept is just an example. Nonetheless, the silhouette of the said aircraft may seem familiar. Nonetheless, any platform with sufficient payload capacity can be used here.
When it comes to the ISdRC (translated into Smart Target Strike System) – as Warmate 1 was designated when it was commissioned in the Polish Armed Forces, following an order by Chief of the General Staff, General Rajmund Andrzejczak, the performance of the Warmate TL variant is slightly diminished, when compared to the variant operated by the Territorial Defence Forces. The main disadvantage stems from diminished endurance of around 40 minutes – this performance figure is inferior when compared to the base, catapult-launched variant. A major advantage is the ability to take off shortly. A major quantity of UAVs may be launched at once, allowing for oversaturation/swarm strikes.
Warmate TL is an ISdRC solution taking off from a container launcher. Its take off weight is 4.9 kilograms, while the range is defined as 30 kilometres. The system utilizes warheads identical to the standard Warmate variant – training, shaped charge, HE, and thermobaric warheads are available, weighing up to 1.5 kilograms. The airframe features folding wings and stabilizers that deploy automatically, similarly as in the case of guided missiles. Warmate TL can be carried by land and air platforms, including rotary-wing assets and UAVs.
PrevPrevious
NextNext 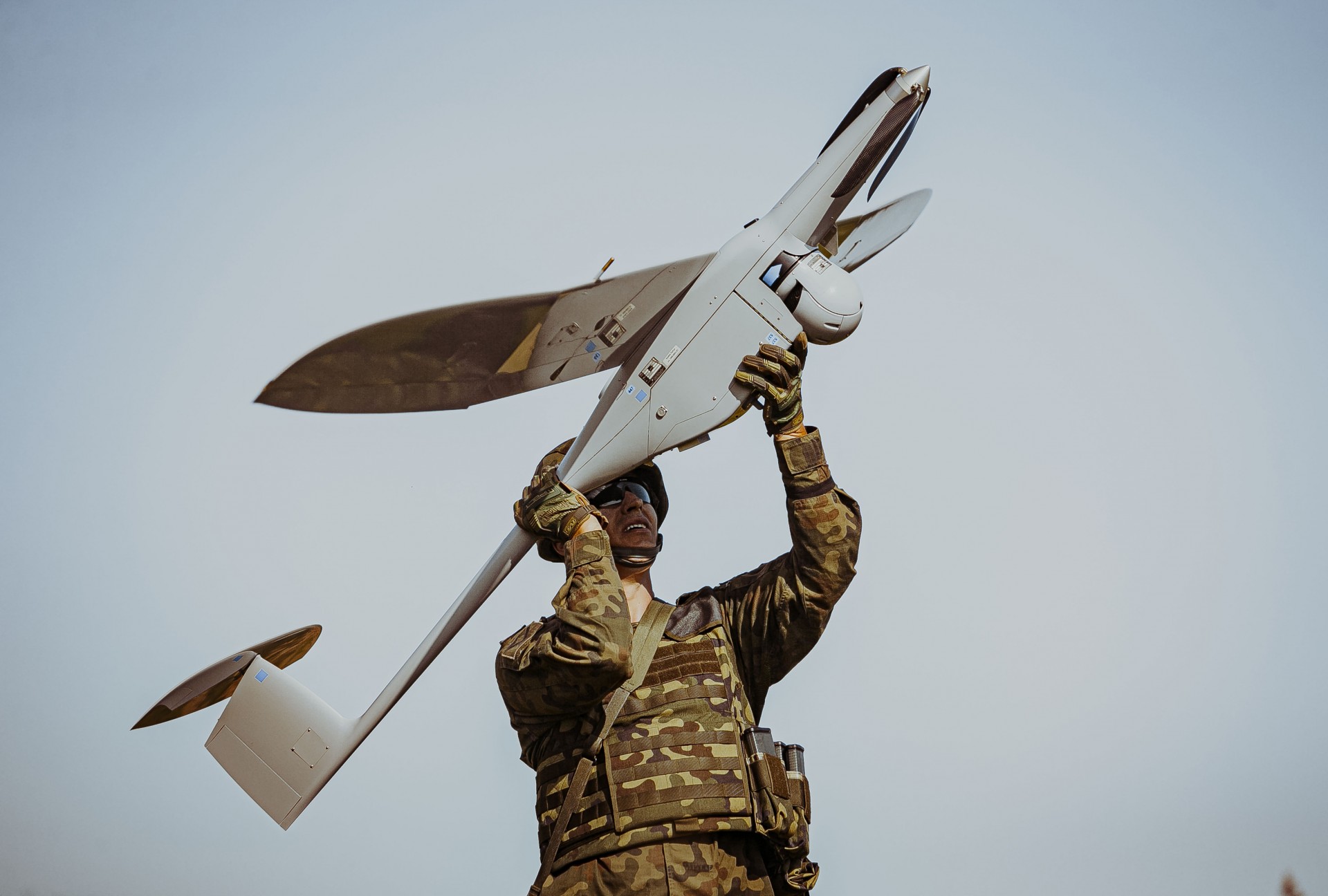